"Gardens are not innocent. Once they were the visible imagining of Paradise, and so as the 'utopia' of the 'garden ideal', they embodied a historico-philosophical conceptual model of the all-embracing garden' (...) These post-historical gardens can now only be read 'in the context of the cultural apparatus': as a rape of the natural, a propagation of the 'cultivated' an ideology-driven aestheticisation of the pseudo-natural."- Flusser, Dinge und Undunge 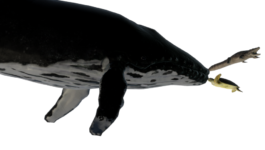 This spherical garden is a habitat of computer-generated agents and exhibits the live simulation of a pseudo-ecosystem. The Agents have own life cycle, and it is (non)trivial. They wander, dance, howl and communicate each other and inevitably die and respawn endlessly. The garden is built in the video game environment, which can exhibit the most advanced technology in the production and presentation of CGI and simulation. The library of the videogame is parallel with the modern natural history museum - the eye-catching collection of nature - the inventories which are ever-expanding and impossible to complete.
Skysphere is a primary, simple prop for creating an illusion of horizon. The player's eye is located in the centre of the sphere. It becomes her private sky which is impossible to feel the scale of it - as much like as the sky in the physical world. The camera moves beyond the stages, outside of sphere and to another sphere, and reveals the boundary of human-centred viewpoint.
The garden of spheres is the eclectic, absurd stage for earthly agents. All the animals, humanoids, trees, stones, lights, skies, the gaze of player (of the visitor through VR glasses) are all exhibited in the spherical vitrine, and the exhibition becomes meta-ecosphere. 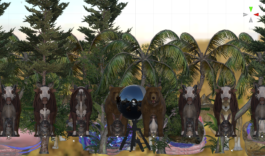 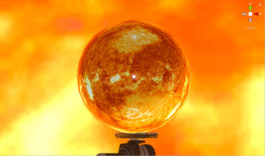 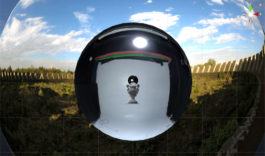 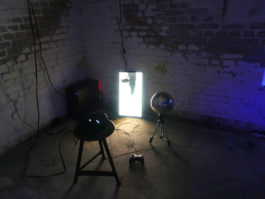 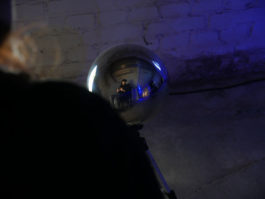 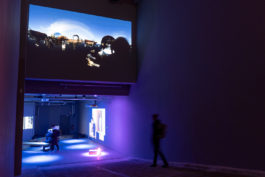